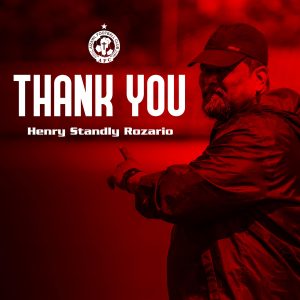 Former I-League champions Aizawl FC have announced that they have parted ways with their head coach Stanley Rozario due to health reasons.

On behalf of everyone at Aizawl FC the Club would like to place on record its gratitude to Mr. Standly for all his efforts during his time with the Club. Mr. Standly will rightly have a place in Aizawl FC.

Understanding his physical condition, the team has played 2 matches without him. Therefore, our Assistant Coach will take charge of the team for training and the preparation of our upcoming matches as the Club moves swiftly to appoint a new head coach.

He has coached top clubs across India with teams in Kolkata, Goa, Shillong, Sikkim, Kerala, Pune and Bangalore. He has also been Assistant Coach with the India Senior National Team.

Stanley Rozario began his coaching career as coach of the Services and Indian Army XI teams. After spending many years as head coach of Army XI and Services, Rozario signed with the AIFF as an Assistant Coach of the India National Senior Football team.

After being the assistant coach in the national team for two years, Rozario signed as a full-time head coach in 2008 at East Bengal Club. He then moved on to Salgaocar FC and promoted the team back to top tier I-League. Then he joined Shillong Lajong FC in 2009 where the team made it to the finals of the Federation Cup. After a strong performance with a young Shillong Lajong FC, Rozario was appointed as head coach of Mohun Bagan with whom he again reached the finals of the Federation Cup and won the Calcutta Football League.

After being with Bharat Kalyani FC, Stanley worked with the Ozone Football Academy in Bengaluru and then joined Aizawl FC to save them from I-League relegation but left them in 2021 before returning to the People’s Club ahead of this seasons I-League.