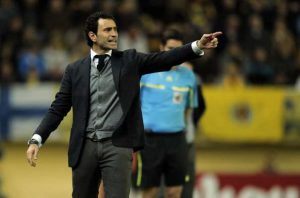 Indian Super League franchise Atletico de Kolkata, the inaugural champions and semifinalists of the second edition, announced earlier today the appointment of Jose Francisco Molina Jimenez as their Head Coach for the third edition of the Indian Super League.

Spain’s Jose Molina represented his national side at the 1998 FIFA World Cup and two European Championships, UEFA Euro 1996 and Euro 2000. Molina’s club career was intimately related with Atletico de Madrid, for whom he featured in 189 matches over a period of five years as the goalkeeper.

As a player, Molina went on to win the La Liga and Copa del Rey titles with Atlético de Madrid in their famous 1995/96 season before joining Deportivo La Coruna with whom he once again lifted the Copa del Rey trophy.

Atletico de Kolkata co-owner and RP-Sanjiv Goenka Group chairman, Sanjiv Goenka, said on the appointment, “I welcome Jose Molina into our Atletico de Kolkata family. Molina’s experience with leading clubs of Spain and other parts of the world makes him an ideal candidate to take our on-field performance few notches higher in his forthcoming assignment. He will be instrumental in building the team’s strategy for this year and of Kolkata will enrich our players who hail from different parts of India and the world. What impressed me about him is the dedication he has shown coaching grass root level footballers in Bengal. We hope he will bring his skills and knowledge about the game into the formation of the new team for Atletico de Kolkata and help the players in fulfilling their respective roles for the side.”

Meanwhile ATK assistant coach Bastab Roy said, “I am truly excited with my role as an Assistant Coach for the Champion side Atletico de Kolkata. It will be a dream come true to support Jose Molina in the quest for the trophy for the second time.” 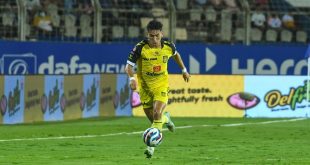