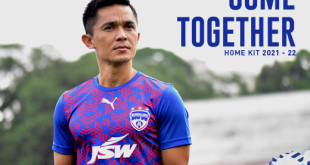 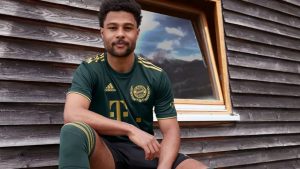 This weekend we should’ve heard: “O’zapft is! To a peaceful Oktoberfest!” But unfortunately, the Munich Oktoberfest will not take place again this year due to the pandemic.

However, since Oktoberfest is part of the Bavarian way of life and is firmly entrenched in our hearts, FC Bayern Munich and adidas are releasing a special kit. It is intended to express the club’s bond with its home and its traditions, and to show what Oktoberfest and the German record champions are known for globally: openness, socialising, a joy of living and a sense of tradition.

The jersey is dark green. The logo, the accents on the sleeves, the three stripes on the shoulders and the sponsors stand out in gold, creating a connection to the classic lederhosen look. A highlight of the jersey is the embroidery inspired by Bavarian tradition, which embellishes the record champions’ logo. The Alpine edelweiss that is typical of Oktoberfest is also depicted on the nape of the shirt.

The team will wear the jersey once for the upcoming Bundesliga match on Saturday, September 18 against VfL Bochum at the Allianz Arena.