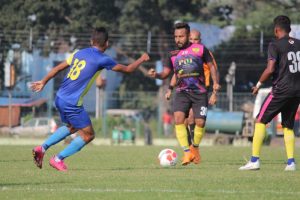 In a Calcutta Football League match-up, Bhowanipore FC faced Southern Samity at the Kalyani Municipal Stadium today, which they went on to win 4-1.

Kamo Bayi scored a brace for Bhowanipore FC with Sujay Datta and an own goal to make up Bhowanipore FC’s four goals, while Rahul Jaiswal scored the lone goal for Southern Samity.