Press Release 2020-10-13 Bundesliga, General Comments Off on First meet of Germany’s Working groups of the task force for the future of professional football! 351 Views 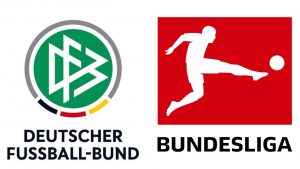 The “Taskforce Zukunft Profifußball” (task force for the future of German professional football) is commencing its operations. The Executive Committee of the DFL appointed the 36 experts from sport, society, politics and business in September, and their first meeting will take place this week. In the coming months, the participants will hold open-ended discussions on the following topics and questions in three working groups:

The three working groups will consider these initial questions devised by the Executive Committee of the DFL independently of one another. Of course, further items may arise as the working groups address the content involved. The task force’s approach will essentially consist of reflecting on past developments, discussing matters and devising practical ways forward, when required. The meetings will be chaired by Prof. Heidi Möller, psychologist and Managing Director of the Department of Psychology at the University of Kassel, where she is Professor of Theory and Methodology of Counselling. It is also intended that two members of the Executive Committee of the DFL will attend each meeting.

“There has never been such wide-ranging dialogue on the fundamental issues of German professional football,” says Christian Seifert, Speaker of the Executive Committee of the DFL and DFL CEO: “The working groups will discuss questions regarding some of the most relevant aspects at the interface of sport, business and society. Against this backdrop, the composition of the working groups with participants from a wide range of fields is very important in order to cover various external perspectives and thus enable interdisciplinary discussion of these complex questions.”

The plan is for the entire Executive Committee of the DFL and the DFL Members Assembly with the 36 clubs of the Bundesliga and Bundesliga 2, as the bodies responsible, to review the findings of the working groups.

The composition of the task force, which the Executive Committee of the DFL finalised back in September, is as follows: