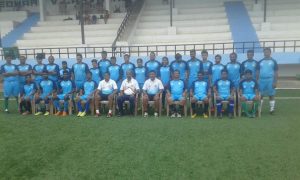 The first course was conducted by AIFF D-License Instructors Shekhar Kerkar and Umer Mutawalli from May 30 to June 4, 2016. The course saw 28 participants from all parts of Goa.

The second course was conducted by AIFF D-License Instructors Gavin Araujo and Shekhar Kerkar from June 6 to 10, 2016. The course had 30 participants.

Both courses were coordinated by GFA official Anthony Lobo.

The third such course will be conducted by AIFF D-License Instructors Maymol Rocky and Deryl D’Souza from June 13 to 18, 2016.