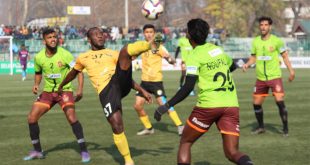 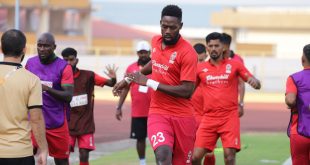 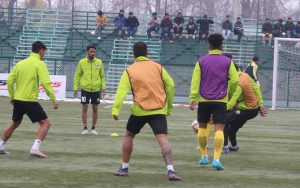 Mutual respect is in the air as Real Kashmir FC welcome defending champions Gokulam Kerala FC to Srinagar, where the two sides will cross swords at the TRC Ground on Tuesday, November 22.

The two sides have faced each other a total of six times in the I-League’s history, with Real Kashmir having the upper hand, winning two matches to Gokulam Kerala’s one; 50 per cent of the matches between these two sides, however, have ended in draws.

While Real Kashmir head coach Mehrajuddin Wadoo is wary of the result when these two sides squared of last time in the previous season (the Snow Leopards suffered a 1-5 defeat), he is more concerned about how his players can get the maximum out of the upcoming encounter.

“Every game in the league is competitive, and Gokulam definitely have some very good players. They played very well last season and lost just one game, and that’s a massive result. Their start to this season has also been good, but I am not concerned about these things,” said Wadoo. “My main concern is how we can play to our strengths and get the best result out of the game.”

Real Kashmir have started the season well, having won both of their first two games, as have Gokulam Kerala.

“We want to go in with a positive mentality. The mood in the dressing room is great, and we have a good feeling about this season,” said Wadoo. “We want to finish somewhere at the top.”

Snow Leopards’ winger Jerry Pulamte feels that motivation is high among his teammates to get a good result against the defending champions.

“We won the last two matches, and everyone is really motivated to do well. They may be the defending champions, but we are ready for the game. We want to play well and get the maximum result that we can,” he said.

Meanwhile, Gokulam Kerala head coach Richard Towa brushed aside talks of home advantage for Real Kashmir, stating that it’s all up to the 11 players on the pitch.

“That’s (home advantage) always an aspect of football, and Kashmir will be pushed by their fans. But our boys are used to it, and we have prepared likewise. What really matters are the 11 players on the pitch,” said Towa.

“We have a lot of respect for Real Kashmir, and they have shown that they are a very difficult team to play against. But we have come here to get the three points, and that will be our target, regardless of the crowd or the weather,” he said. “We may have won the league twice already, but we want to be three-time champions. And to do that, we are focusing on each game. If we keep working hard the way we have been, we can definitely defend this title.”

Real Kashmir will take on Gokulam Kerala at the TRC Ground in Srinagar on Tuesday, November 22 at 2pm IST. The match will be broadcast live on Eurosport and DD Sports 2.0; it will also be streamed live on the Discovery Plus OTT platform. 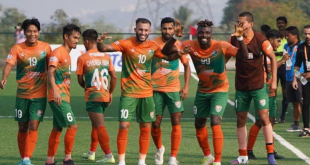