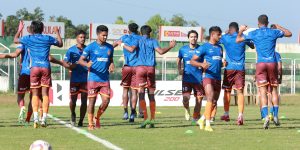 Defending champions Gokulam Kerala will go up against a resurgent Churchill Brothers side in their I-League 2022-23 fixture at the Payyanad Stadium in Manjeri on Sunday, January 8. The match will kick off at 4:30pm IST.

At fourth position with four wins out of nine games, some might argue that the first half of the season went below par for the Malabarians, however, now the job of taking them to a third consecutive title has been given to Francesc Bonet, who will start his second stint in India after leading Rajasthan United FC last season.

Churchill Brothers had a catastrophic start to the current season, picking up just two points in their first five games, but managed to turn it around with three wins in their next four games, most recently a 6-1 thumping of TRAU. Now, coach Fernando Santiago Varela, formerly of Gokulam Kerala FC, will guide the Red Machines in the new year.

The two have faced each other on ten occasions. Last season, the spoils were shared 1-1 in the championship round, while Sharif Mukhammad scored the winner for Gokulam Kerala in the first stage. This time, the Afghan midfielder will feature for the visitors and is poised to play a key role tomorrow.

Gokulam Kerala head coach Francesc Bonet said, “I came in a week ago. I’ve enjoyed the training sessions, and I feel tomorrow will be a good match for us.” With just a week of preparatory time, Bonet feels the players have adapted well, and will only get better with time.”

Local forward Noufal PN has appeared in all matches for the Malabarians this season. “We have adapted to the style of the new coach and all the players are motivated. It is a crucial match and we need to win it.”

Bonet went on to acknowledge Churchill Brothers as a quality side. “Every team this season is good but I think Churchill are one of the best. They have a really good coach but irrespective, we will go for three points against any team.” 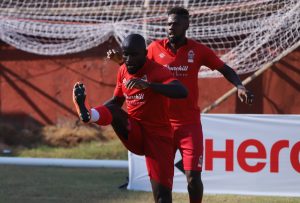 His counterpart Fernando Santiago Varela said, “We have been preparing for the past two weeks, and I feel we have a competitive squad to play against a team like Gokulam Kerala. It will surely be tough in away conditions but we have to show our courage and quality.”

With the team in high spirits, Varela feels even in moments like these, there’s always a lesson to be learnt. “I always try to find ways to make the players better. Even if you win, you must know that there’s a point where you can change, be better,” he said.

The match between Gokulam Kerala FC and Churchill Brothers will be broadcast live on Eurosport and Doordarshan Sports and streamed live on the Discovery Plus OTT platform.