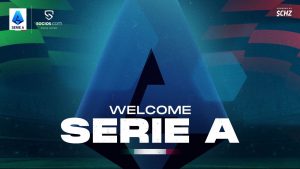 Italy’s Serie A has announced an official partnership with Socios.com the all-in-one influence and rewards app for sports fans across the world. Socios.com becomes Official Partner of Lega Serie A and Main Sponsor of the Supercoppa Frecciarossa and Coppa Italia Frecciarossa Finals.

The new partnership was activated for the first time when Socios.com CEO Alexandre Dreyfus presented the MVP award at the conclusion of Supercoppa Final between Inter Milan and Juventus at the San Siro on January 12.

“We are extremely pleased to announce this partnership with Socios.com, a leading brand in its sector that has been working with the excellence of sports for several years now. With this agreement Lega Serie A proves once again to be ready to seize the opportunities offered by new markets, projected towards the future and innovation and careful to respond to the needs of fans around the world,” said Luigi De Siervo, CEO of Lega Serie A.

Alexandre Dreyfus, CEO of Chiliz and Socios.com, said, “In 2021 we grew our network by over 500% and welcomed over a million new users to our platform.”

“We’ve got bigger aims for the next 12 months, so we’re delighted to begin 2022 with this major announcement that further solidifies our commitment to the Italian sports industry.
“We look forward to working closely with Serie A, spreading the message about Socios.com and building up our community of superfans both in Italy and across the world.”

Over 1.3M users from 167 countries are using Socios.com to engage with and be rewarded by the teams they love through Fan Tokens. Fan Tokens are digital assets, minted on the Chiliz blockchain, that provide owners with access to voting rights in polls, VIP rewards, exclusive promotions, AR-enabled features, games and competitions.

Socios.com aims to introduce millions of new fans from around the world to the benefits of Fan Tokens in 2022 with new innovations, features and rewards to be added throughout the year. Socios.com will add many more major global sporting organisations to its roster, launching high visibility national and international marketing campaigns and building up its sports and entertainment ecosystem significantly in the next 12 months. 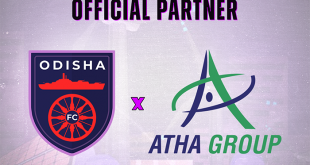