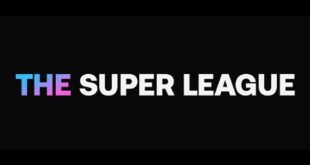 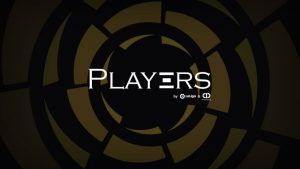 LaLiga and El Club del Deportista have unveiled the Players App, an exclusive, cutting-edge application that is sure to be a competitive differentiator for the players of LaLiga Santander and LaLiga SmartBank clubs.

The Players App, available on Google Play and Apple Store, is an evolution of the old CD Live app. Brand new is pre- and post-match information that includes details on pitch conditions, referees and personalised statistics based on each player´s position and playing history. The Players App pulls from LaLiga´s unique performance analysis system Mediacoach to provide this critical information directly to the athletes. In addition, match videos can be requested after the game has finished.

“LaLiga is providing footballers a personal and direct way to interact with their own data. The power of this data will no doubt help them become better athletes and footballers,” said Luis Gil, LaLiga’s director of competitions and the player’s office and a former professional football player.

The partnership between LaLiga and El Club del Deportista has made it possible to launch this new app, with is sure to surprise and satisfy the demands of the players of LaLiga’s 42 clubs.

“At El Club del Deportista, we’re extremely proud of the results we’ve obtained. We’ve managed to place an innovative and revolutionary app on the market that’s going to make players’ lives easier and, at the same time, give them access to extremely interesting content about their performance,” assured Mariano Aguilar, the founder of El Club del Deportista.

With regard to the pre-match content, users have access to key information before playing each game, such as the characteristics of the pitch and the established irrigation plan, the weather conditions, the line-ups that each team will field and the match officials.

“With this application, we’re making it easier for players to access relevant content exclusively for them that would otherwise be difficult to compile. For a footballer it’s essential to know who will be refereeing their game or what condition the pitch is in at the stadium where they’re going to play,” explained LaLiga´s Gil.

Another big novelty of Players is that the users will be able to consult their performance during each match, as well as over the course of the season, both on an individual and collective basis.

The app will provide exclusive statistics from Mediacoach which will give in-depth knowledge of player achievements after each match, with data, for example, on the distance covered, top speed and the percentage of time winning the ball back in the opposition half, as well as many other resources such as individual heat maps. This data will be adapted based on each player’s position on the pitch (goalkeeper, defender, midfielder or forward).

The Players App also offers pictures from matches using facial recognition technology to identify each player in the images taken during the match. Players can subsequently share these images on social media, if they choose to.

The players will also be able to request a copy of the matches played by their team in recent seasons (since the 2015/16 season), both in LaLiga Santander and in LaLiga SmartBank.

“With this application we will be able to provide a special, first-class service to the players, who are one of our main assets. The facial recognition software and the corresponding delivery of images to the players will represent a turning point in the way we communicate with them,” added Gil.

A direct communication channel with LaLiga

Through Players, footballers can also make direct contact with LaLiga´s player’s office. The application will be a key communications channel for keeping players informed about the competition, whereby they receive a notification whenever the kick-off times are published for a matchday, along with information related to the most important projects developed by LaLiga.

The Players universe also offers LaLiga’s footballers a series of premium services and exclusive promotions linked to the world of motoring (car rental and purchases), dining out, experiences and trips, among others. It provides access to a broad portfolio of brands with exclusive benefits. Each player will be able to grant three friends or family members access so that they can enjoy everything the app has to offer.

Players users will also have access to exclusive purchases of luxury items, such as timepieces and jewellery, technology and finance deals, among others.

All of these services have been offered to footballers by El Club del Deportista for the past 15 years, in the last four thanks to the CD Live app, which now changes its name to Players.

The Players app was unveiled today during an event at LaLiga headquarters where LaLiga President Javier Tebas acknowledged: “We’re very satisfied with this agreement that we’ve reached with El Club del Deportista. As a result, we’ve become the first league in the world to have an app like this. We’ve produced a unique, cutting-edge tool that the players can use to access exclusive content that they wouldn’t otherwise be able to.”