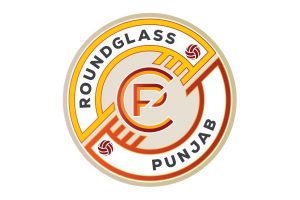 I-League side RoundGlass Punjab FC have announced that Brazilian Luiz Greco is joining them as their new Technical Lead for Scouting.

A statement from RoundGlass Punjab FC read, “The experienced Luiz Greco is joining us (RoundGlass Punjab FC) as our Technical Lead Scouting. Having a good eye for youngsters as a scout, he could pick out young talents in India as well as abroad which could promote youth development as a whole in the club.”

Luiz Greco has more than four decades of international football experience having worked in North America, the Caribbean and Asia, first as a physical trainer, then as head coach and technical director.

Luiz Greco meanwhile said, “It’s an exciting challenge and I’ll try and make a significant contribution to this wonderful club.”

In his native Brazil, Luiz Greco was a Football Director in youth and senior teams besides International Affairs Director and a Business Development Manager with clubs like Cruzerio FC, Atletico Paranaense, Santos FC, Figueirense FC and América Futebol Clube.

Luiz Greco also spend a decade with Ukrainian giants Shakhtar Donetsk from 2008 onwards after having spend time at the Mohun Bagan SAIL Football Academy in 2006. Later in 2017, Luiz Greco returned to India for a second stint to join then new kids on the block Gokulam Kerala FC as their technical advisor and signed head coach Fernando Santiago Varela ahead of that season. Now Luis Greco is back for a third time, this time with RoundGlass Punjab FC.

“It’s an exciting challenge and I’ll try and make a significant contribution to this wonderful club,” said Luiz Greco after joining the club.

Let’s share your thoughts about his appointment. 📝 #IndianFootball #PunjabInSpirit pic.twitter.com/ufdAsqJP8k