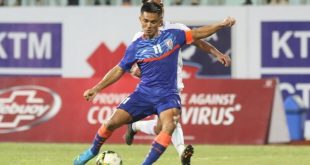 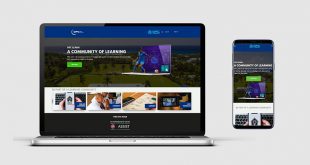 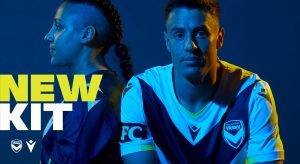 Following the partnership between Macron and Australia’s top A-League club Melbourne Victory FC, the Italian brand and the club have unveiled the new jerseys that Victory will wear during the new season. Both Home and Away shirts feature the colours and design of the Australian club’s logo.

The new ‘Home’ jersey is blue with a series of diagonal stripes tone on tone. On the chest is a large white V like the Melbourne Victory FC crest. The collar is V-shaped, the backneck is customised with the team colours and logo. On the backneck, in white, is embroidered the writing MELBOURNE. The Macron Hero is on silicone print on the frontal chest, while on the right is the crest of the Australian A-League, and on the left is the logo of Melbourne Victory FC. Blue shorts complete the kit.

The ‘Away’ version is white, again with a V-neck with fluoro green details on the sleeve edges. Diagonal, tone-on-tone bands are in sublimation print on the front of the shirt. As in the ‘Home’ jersey, a large V stands out on the chest, blue in this case, which echoes the Australian club’s crest layout.

Previous Gokulam Kerala FC all set for Assam Rifles challenge!
Next Jamshedpur FC VIDEO: Greg Stewart is vibing with the red & blue combo on him! 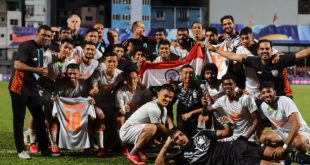