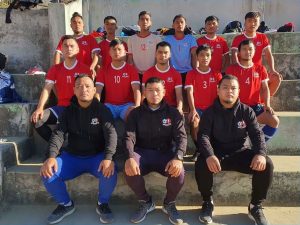 The All India Football Federation (AIFF) will hold the inaugural National Beach Soccer Championship in Surat, Gujarat from January 26 to February 1.

Mizoram, who are in Group C with Andhra Pradesh, Uttarakhand and Delhi, have announced their squad.

The top two teams in the group will qualify for the quarterfinals.