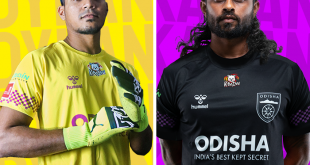 I-League side NEROCA (North Eastern Re-Organising Cultural Association) FC have announced the signing of Peter Seiminthang Haokip for the remainder of the 2021/22 season.

Peter Seiminthang Haokip last played for Southern Samity in the Calcutta Football League before now joining NEROCA to try his luck in the I-League.