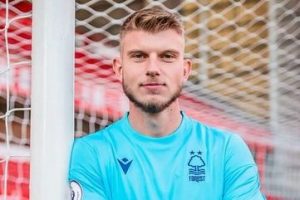 Nottingham Forest has confirmed the signing of goalkeeper Adnan Kanuric.

The 22-year-old Bosnian already has experience of playing in England during a two-year spell at Stoke City before moving to Slovakian side ŠKF Sered in 2020.

Most recently with Bosnian outfit FK Sarajevo, Kanuric made two appearances in the UEFA Europa Conference League qualifiers at the beginning of the 2021/22 campaign.

The former Red Bull Salzburg academy shot-stopper was born in Austria but holds Bosnian citizenship and has three Under-21 caps for his country.