Real Kashmir FC look to come out of slump versus fighter Aizawl FC!

Press Release 2023-01-08 I-League Comments Off on Real Kashmir FC look to come out of slump versus fighter Aizawl FC! 434 Views 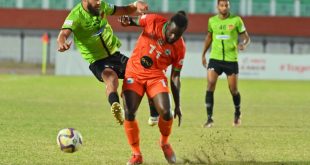 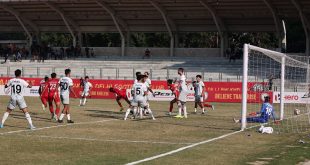 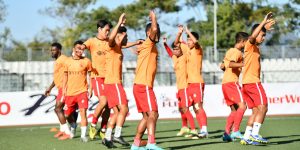 Twelve points from nine matches is definitely not where Aizawl FC expected themselves to be at the break in the I-League. But a few things went against them. They lost coach Standly Rozario due to his health and had to adapt to new coach Caetano Pinho. The Reds also lost some close games which could have gone either way. Now is the time to settle down and press harder. On the other hand, Real Kashmir FC, sitting third on the table with 16 points, need to come out of a slump as they resume their campaign on Monday. The Snow Leopards won five out of the first six games but then lost three on the trot.

Real Kashmir FC coach Mehrajuddin Wadoo is hopeful of finding the rhythm back even though he realises the threat posed by Aizawl FC. “They are a good team, we respect them but tomorrow it will be more about us. For me as a coach, most of the time the major concern is how we play as a team, not the opponents,” he said on Sunday.

He did not want to read too much into the sudden loss of momentum after the home defeat to RoundGlass Punjab FC at home. “Losing is part and parcel of the game. What happened in the last three games is, we lost focus in some key moments. I hope we won’t repeat those mistakes,” he remarked.

Indeed his players will have to be on their toes on the morrow because former I-League champions Aizawl FC have made Rajiv Gandhi Stadium a fortress. It is difficult to beat them here. All their three victories have come at home.

However, Wadoo said his side never plays for a draw and aims for full points.

Aizawl FC coach Pinho, for his part, said the winter break has helped his side work on their weaknesses. “We had nine days of solid training. That is sure to help. We just have to be a little more consistent.” Given where the team is right now, the coach hopes to finish the league among the top six, if not higher. The real challenge for Aizawl, however, will be to register away wins.

The match between Aizawl FC and Real Kashmir FC will be telecast live on Eurosport, DD Sports and Discovery Plus OTT platform. 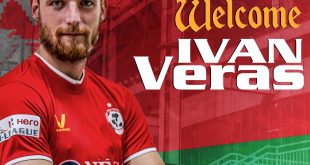