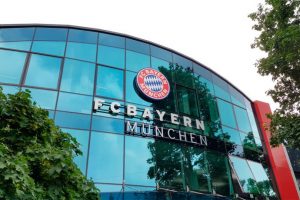 An oveview of the numbers:

FC Bayern CEO Karl-Heinz Rummenigge said: “Of course we are extremely pleased with FC Bayern’s financial development. Both the turnover and the profit rose to new records. FC Bayern’s development is outstanding, both in a sporting and financial sense. I would like to thank my fellow board members Jan-Christian Dreesen, Andreas Jung and Jörg Wacker, as well as the entire Supervisory Board, headed by Uli Hoeneß, for their very good and trustful cooperation. Special thanks go to all our staff for their commitment that has led to this very gratifying result. The board has paid the staff two additional monthly salaries as a bonus to thank them.”

Bayern’s deputy chairman Jan-Christian Dreesen said: “As well as the increases in turnover and profit, the improvement of the equity capital is very positive. The ratio rose by 9.7 per cent to 68 per cent. That shows how healthy and sound FC Bayern is financially. All of the club’s departments have contributed to this very gratifying result. Income from matches and TV rights has risen, and we have achieved record numbers regarding sponsorship income. In terms of merchandising, we have stabilised FC Bayern’s turnover despite the decline throughout Europe. I would like to thank CEO Karl-Heinz Rummenigge, my fellow board members Andreas Jung and Jörg Wacker, and the entire Supervisory Board for this extraordinary achievement and the good and trustful cooperation. Moreover, I would like to thank all our staff for their great commitment. This result would not have been possible without them.”