Reinhard Grindel steps down as DFB President with immediate effect! 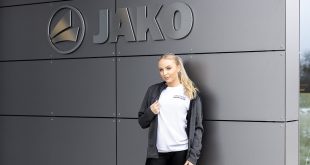 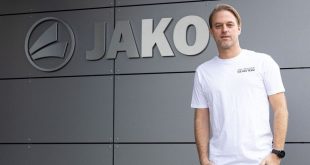 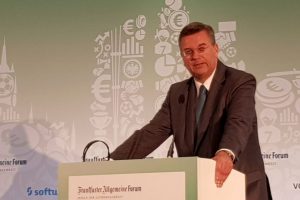 Reinhard Grindel has resigned as DFB President with immediate effect. The 57 year old official informed the German FA (DFB Deutscher Fußball-Bund) presidential board during a teleconference today after weeks and months of controversies surrounding his person.

Vice Presidents Rainer Koch and Reinhard Rauball will take over the presidency on a interim basis until a new president is elected at a DFB congress in September.

“Reinhard Grindel was always fully dedicated to his work with the DFB and did a great deal for the association, not least regarding our EURO 2024 bid. We’re very grateful for that and have the utmost respect for his decision,” said Dr. Rainer Koch. “Our goal now is to a find a candidate for both the DFB and DFL that is not part of the current presidential board, someone who is just as committed to grass-roots football as they are to the game’s top level. It will also be down to Reinhard Rauball and myself to use our interim period until September 2019 to further develop the structural framework of the association in order to improve the stability and solidarity of the DFB for the future in a way that mutually benefits both amateur and professional football.”

Dr. Reinhard Rauball echoed his colleague’s statements. “I have total respect and understanding for Reinhard Grindel’s decision. The pressure on him from different angles has steadily increased in recent weeks, so it was in the interest of German football to take a different path on a personnel front, but also to make way for a new start structurally within the DFB. It’s now up to representatives for amateur and professional football to come together and set the course for the future. There are huge challenges ahead for the DFB, not just in a sporting sense, but in terms of our standing in society too. We need to tackle these challenges with sincerity, empathy and the will to change. The goal always has to be to find the best solutions for German football, regardless of personal interests.”

I am stepping down from my position as DFB president. I would like to apologise for the fact that my accepting of a watch seems to have confirmed prejudices against people in administrative positions in football.

Everyone who knows me knows that I am not avaricious and that I have been working on compliance matters for years. Since the weekend, I have known the value of the watch at 6000 Euro, so I approached our general secretary and our compliance committee yesterday morning to discuss the situation.

Mr. Surkis had no financial interests in the DFB. He had never asked me for any kind of support before, nor did he ask for any after. It was also clear by that point that he would not be running for another position on the UEFA committee, of which he is now no longer a member. I see no conflict of interests.

For me, this was nothing more than a private gift, with no connection to the Ukrainian association or a commercial company. Accepting the watch was simple act of courtesy from me. I was open about having received this gift – I showed my colleagues who had travelled with me to Genf and mentioned it to the staff in Frankfurt as well. I did not know the brand, nor did I have any idea of its value. It was a big failure on my part to not determine the value of the watch immediately. This way I could have avoided any implications of such unspeakable behaviour.

Naturally, I will also go to the FIFA and UEFA Compliance Committees and notify them of the customs administration. Due to an exemption limit, the whole thing is fiscally harmless, according to my tax advisor.

I would like to emphasise once again, that I have no explanation as to why I did not ensure clarity with regard to the situation. You can believe me when I say that I’ve been in complete disbelief about my mistake since the weekend. I would like to ask everyone, however, not least in the interest of my family, who have suffered as a result of all this, to wait for the Compliance Committees to complete their investigations. I did absolutely nothing in return for receiving this gift. I assumed I could accept the watch as a private gift. It will now be returned as soon as possible. I sincerely hope that the Compliance Committee will determine that this was a breach of reporting obligations, but that my integrity will not be called into question.

To conclude: I am devastated that I have to give up my role as DFB president because of such an incident, a role I took pleasure in, especially to provide more support for amateur football in Germany. I ensured a substantial improvement in resources for the regional football associations, thereby improving the work for volunteers. I am glad I was able to contribute to Germany’s successful bid for EURO 2024. That is a fantastic prospect for football both at the highest level and at grassroots.

We have effected the rebuilding of the DFB, which is good for everyone involved. We also managed to strengthen the DFB’s financial situation through better sponsorship deals, which came as a result of the successful bid. I am grateful to all of my colleagues at the regional associations, who supported me until the end, and I am grateful to my colleagues from the Bundesliga for good cooperation.

In the end, I ask myself: Why did this happen? I can only explain it as so: I was fully convinced that I was doing nothing wrong, and in the stress of my position I failed to ask any questions. Once again: The fact that I am being portrayed in this way for such an incident has left me speechless and upset. I now ask for nothing more than a fair assessment of my three years in office.

Grindel will continue his duties in the FIFA and UEFA Executive Committees in close coordination with the DFB.