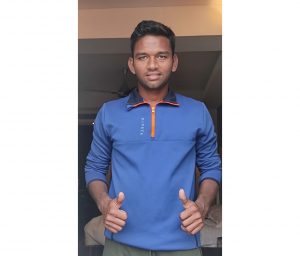 SC East Bengal on Thursday announced the signing of promising forward Rahul Paswan for the remainder of the 2021/22 Indian Super League season.

“It’s a dream come true for me, joining a prestigious club like SC East Bengal. Every footballer from Bengal aspires to play for these big teams and I am no exception. I will look forward to giving my best and helping the team in whatever way I can,” he said when signing for the Kolkata side.

“Paswan is a good, young talent. He is a good addition to the side and I am sure he will do well for us,” said SC East Bengal head coach Mario Rivera.

SC East Bengal take on ATK Mohun Bagan next in the Kolkata Derby on Saturday, January 29.

We are delighted to announce the signing of young striker 𝐑𝐚𝐡𝐮𝐥 𝐏𝐚𝐬𝐰𝐚𝐧 for the remainder of the season.