The Foundation for the Development of Sport in Nyon held its annual awards ceremony at UEFA’s headquarters this week, awarding grants to four local sports associations.

Nyon, which has a population of over 21,000, is located on the shores of Lake Geneva, 25 kilometres from Geneva.

UEFA created the Foundation for the Development of Sport in 2000 in recognition of the town’s key role in helping the organisation integrate in the area after moving from the Swiss federal capital Berne five years earlier.

“This showed UEFA’s sense of social responsibility when it settled in Nyon,” said the mayor of Nyon, Daniel Rossellat. “Sports associations and people in Nyon are extremely fortunate to have the backing of this foundation, in addition to the support given to them by the town.”

Financial support provided by the foundation is designed to encourage local people, especially youngsters, to practise a sport.

It also seeks to improve and develop the town’s sporting facilities and infrastructures, provide specialist equipment for Nyon’s sports associations, and give individual help to elite sportsmen and women living in the town.

A board is responsible for the foundation’s management, comprising the mayor of Nyon as well as a Nyon municipal official and a representative of UEFA.

Following its move from Berne, UEFA initially spent four years at temporary premises in Nyon while its new headquarters, the UEFA House of European Football, were built on the outskirts of the town.

Since its inauguration in October 1999, UEFA’s headquarters has grown into an impressive football campus, working in the service of European football. The campus comprises three buildings and employs more than 800 people, including administrators, lawyers, secretaries, coaches, marketing, media and ICT specialists and translators.

“It’s remarkable for the town of Nyon to be able to host the headquarters of European football and to have such excellent relations with UEFA,” said Rossellat.

In 2010, UEFA took over the management of the impressive Colovray stadium opposite its headquarters.

Top European club and national teams have made use of Colovray’s facilities for pre-season training and match preparation. 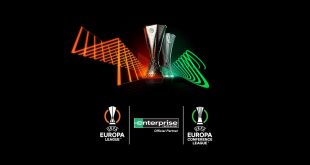