2020 Lamar Hunt US Open Cup canceled due to COVID-19 pandemic! 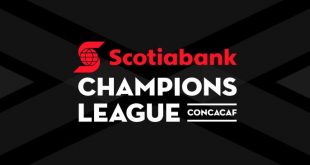 In a release, the federation cited the continuing impact of the COVID-19 pandemic as the driving factor behind the U.S. Open Cup Committee’s decision to cancel the tournament. The Committee also canceled the 2021 Open Division qualifying, which serves as the pathway for local amateur clubs to qualify for next year’s tournament and was set to take place in the fall. Instead, the 38 teams who had qualified for the 2020 competition and who maintain Open Cup eligibility through next year will be automatically invited for 2021.

“Despite this setback, the importance and significance of U.S. Soccer’s National Championship continues to grow, and we look forward to launching the 2021 tournament next spring with the same enthusiasm that was planned for this year’s 100-team competition,” said Open Cup Commissioner Paul Marstaller. “Every club cherishes the chance to compete for a major national trophy and the U.S. Open Cup will be waiting for them next year.”

U.S. Soccer also confirmed that the 2021 CONCACAF Champions League berth that would normally be allocated to the winner of the tournament will be determined in the future.

The cancellation of the tournament also brings to an end a 106-year streak of crowning a champion, which made the tournament the second-longest running in the soccer world after the Irish Cup, and the longest continually-contested annual sports competition in the USA.