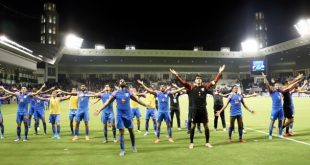 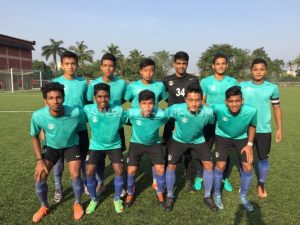 The AIFF Under-19 Colts proved too good for Goa Pro League Team Churchill Brothers SC as the Colts defeated their opponents 2-0 at the Artificial Turf in Fatorda, Goa on Saturday, October 28.

Early goals by Zama and Rahim Ali provided the AIFF Colts with a good attacking tempo throughout the game. The Colts opened the scoring as early as the 4th minute when Zama capitalized on Rahim Ali’s through ball and tapped home to make the scoreline read 1-0.

In the 23rd minute, the Colts squeezed their opponents out and led the backline to commit a risky move which was intercepted by Rahim Ali. Ali, slyly breezed past the opponent custodian and scored to double the Colts’ lead.

The Colts led 2-0 at halftime and with the attack doing its job in the first half, the defence stepped up to see out the second half as the full-time scoreline read 2-0 in the AIFF Colts’ favour.