High 5 Football Cup to be held in Kolkata on Saturday!

Arunava Chaudhuri 2019-12-13 General Comments Off on High 5 Football Cup to be held in Kolkata on Saturday! 193 Views 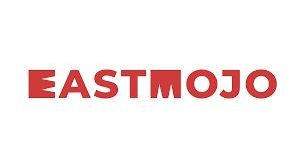 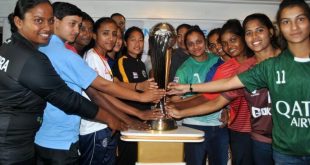 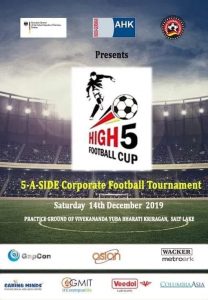 The second edition of the High 5 Football Cup, a Corporate Football tournament organised by the German Football Academy together with the Indo-German Chamber of Commerce (IGCC) and the Consulate General of the Federal Republic of Germany – Kolkata, will be held on Saturday, December 14.

The 16 team corporate tournament would be played at the Saltlake Stadium Practice Ground #1.

The teams have been divided into four groups of four teams each in the preliminary group stage with the top two moving into the quarterfinals which would be followed by semifinals and a final.