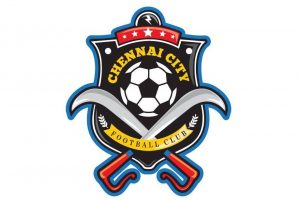 After Dharmaraj Ravanan, Dhanpal Ganesh is the second local Tamil Nadu addition to the squad.

22 year old Chennai born Dhanpal Ganesh came through the Pune FC Academy ranks before playing for the Pailan Arrows in the 2012/13 season. He thereafter returned to Pune FC to make further progress and in 2015 made his full international debut for India after having played for the India Juniors.

In 2015 he joined Chennaiyin FC ahead of the Indian Super League, but due to injury he did not play a minute for them over two seasons.

Now Dhanpal Ganesh moves on to Chennai City FC to first regularly play football again and then try to regain his spot with the Indian senior national team.

Chennai City FC owner Rohit Ramesh said, “If you look at players such as Dhanpal Ganesh or Dharmaraj Ravanan, they had to move out of the state to get opportunities to play in top-tier football. We hope to change that pattern and offer budding footballers a chance to grow-up within the state.”