Home / International Football / Asia / India U-16 coach Bibiano Fernandes: AIFF Academy has been the ‘backbone of the national team’!

India U-16 coach Bibiano Fernandes: AIFF Academy has been the ‘backbone of the national team’!

Press Release 2017-09-18 Asia, Team India Comments Off on India U-16 coach Bibiano Fernandes: AIFF Academy has been the ‘backbone of the national team’! 751 Views 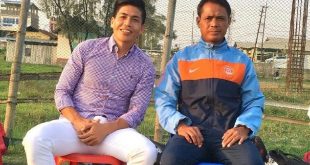 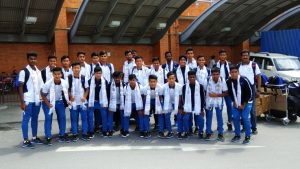 The Indian U-16 National Team landed in Kathmandu on Monday (September 18, 2017) morning for the forthcoming 2018 AFC U-16 Qualifiers. India have been drawn with hosts Nepal, Iraq and Palestine in Group D.

Head Coach Bibiano Fernandes said that despite the “tough draw,” the boys can make the cut if “we play to our potential.” India take on Palestine in their first match at the Halchowk Stadium on September 20, 2017.

“The AIFF-run Academy has been the backbone of the National Team. If you notice the current crop, more than 60% of the team are from the AIFF Academy which clearly underlines how successful the Academy project has turned out to be,” Bibiano.

“I have said it time and again that we are working with such a talented group here. All thanks to AIFF, these boys are being nurtured together for more than 17 months, which is a great time to grow as a team as the bonding, proper diet, practice matters in the long run,” he certified.

He added: “They have already shown their potential and proved their worth in Egypt and Qatar. Winning against those sides is a daunting task indeed. I trust my boys to continue the good work and if they are able to, I see most of them playing for the Senior Team in a few years’ time.”

He didn’t hesitate to mention that unlike other countries India have academies which are run by the Football Federation and the clubs also should come forward to share the responsibility.

“AIFF is doing a fantastic job running the Academy project efficiently so far. I feel the clubs should start taking up more responsibility. If the clubs join hands with AIFF, the purpose will be served and the target will be attained,” he maintained.

The Indian U-16 contingent is as follows:

Previous Paraguay U-17 arrive at Sportschule Bitburg for FIFA U-17 World Cup preparation camp!
Next Delhi Dynamos Elite Youth Teams set to feature in the U-13 Youth League, U-15 Youth League & U-18 I-League!