Justin Kluivert joins RB Leipzig on loan from AS Roma! 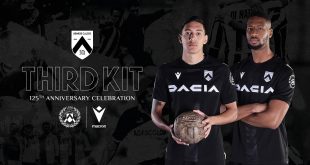 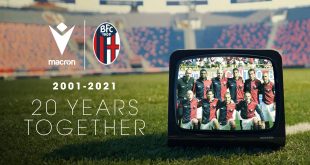 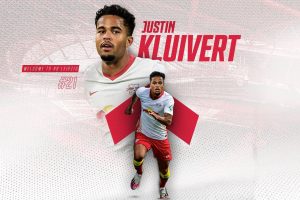 The 21-year-old winger Justin Kluivert has joined Bundesliga side RB Leipzig on a season long loan from Italian Serie A side AS Roma. The young Netherlands international will take the number 21 shirt in Julian Nagelsmann’s side.

The nimble left winger played his youth football at Ajax Amsterdam and made his professional debut at the club in January 2017. After 56 competitive appearances (13 goals, 10 assists), Kluivert joined AS Roma, where he has madde 68 competitive appearances, scoring 9 goals and registering 10 assists. The versatile midfielder, who is comfortable on the left and the right, has made two caps for the Netherlands national team.

RB Leipzig managing director Oliver Mintzlaff said, “We’re pleased that we’ve been able to sign a young and very talented player in Justin Kluiverts and, on the final day of the transfer window, can look back knowing that we succesfully implemented our plans for the squad for the new season. We’ve made a number of adjustments to this team both on and off the field in the short pre-season and are going into the new season with a squad that has grown together over many years, and we’ve strengthened it in the right areas.”

“The sporting team at this club has made the right decisions, which has allowed us to continue fulfilling our philosophy of improving young players, having a successful season and achieving our ambitious goal of qualifying for the Champions League once again.”

RB Leipzig sporting director Markus Krösche said, “We have tracked Justin Kluivert for a long time and are proud that he has decided to come here, and also that the transfer could be completed ahead of the deadline. Justin ticks all of the boxes that we look for in a player and fits the footballing philosophy that we want to stand for on the pitch. Justin offers us more variety in attack for the intense season ahead.”

Justin Kluivert said, “I’m pleased that this transfer has been completed. RB Leipzig demonstrated that this was the ideal place for me to develop and make the next step in my career and help the team. My goal is to get games under my belt here.”

“The Bundesliga is one of the best leagues in the world and has a lot of quality. We also have some exciting challenges in the Champions League, such as Paris St. Germain and Manchester United, which I’m really looking forward to!”