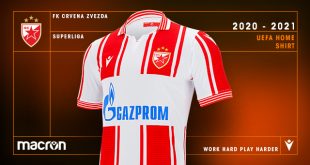 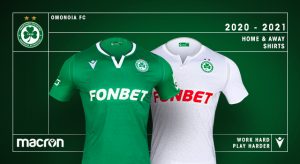 Cypriot side Omonoia FC (Athletic Club Omonia Nicosia) and Macron have now unveiled the new race kit for the 2020/2021 season.

Inspired by the lyrics of the team’s anthem: “Inside the stadiums in every match, thousands of your loyal fans” OMONOIA made a pioneering move in Cyprus, to write the names of its fans and supporters in the official jersey of the season 2020-21!

About 850 names of fans and supporters are written on the t-shirt, while through the initiative of OMONOIA, the names of its fans who died as a sign of honour and recognition for their eternal faith for the Association were also listed. The team of the people – as OMONOIA is characterized – and in this way wanted to have its people alongside the players in each of its matches. The result is admittedly impressive, as it can be seen by the photos.

The fans expressed their enthusiasm both for the appearance of the new uniforms and of course for the whole idea. OMONOIA has worn the official jersey for the first time in a match against AEL which was won by 3-0, on October 4, 2020. This is a move that further strengthens the bond that exists between OMONOIA and its fans. This is a jersey exclusively dedicated to the 12th player, the fans.

On this occasion, Macron congratulate OMONOIA for qualifying for the Europa League groups and wish it every success in the continuation of the season!

Previous IFA Secretary Joydeep Mukherjee: It’s not over till it’s over!
Next Odisha FC announce Domestic Squad List and Numbers!