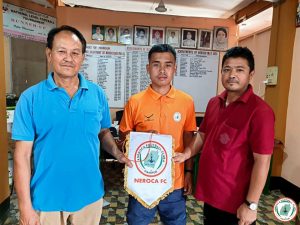 I-League side NEROCA FC have announced the signing of teenage midfielder Lael Shongsir on a two year deal ahead of the 2020/21 season.

Lael Shongsir is a central midfielder, who can play as a holding player as a No. 6.