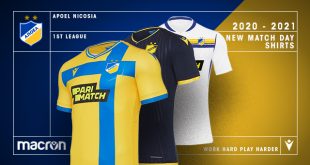 All UEFA matches to be played behind closed doors until further notice!

Consistent with the principle of sporting fairness and considering that current conditions – all clubs due to play at home the return leg of the Round of 16 are currently playing the remaining matches of their domestic leagues in their own stadiums and that travelling is possible without restrictions for the visiting clubs – the UEFA Executive Committee decided that the remaining UEFA Champions League and UEFA Europa League Round of 16 second-leg matches will be played at the home teams’ stadiums.

As already communicated in June, the ties FC Internazionale Milano v Getafe CF and Sevilla FC v AS Roma, whose first leg was also postponed, will be played as a single leg in Germany.

UEFA will continue to monitor the situation and reserves the right to reassign any such matches to the venues of the final tournament of the relevant competition should new events occur that would make it impossible to play one or more matches at the original venues.

The respective fixture lists will be communicated after tomorrow’s draws at UEFA’s headquarters in Nyon.

On June 17, 2020, the UEFA Executive Committee decided to postpone the decision on whether the upcoming UEFA matches would be able to accommodate supporters or would have to be held behind closed doors, in order to monitor the evolution of the situation and the measures taken by local authorities on mass gatherings and attendance at sports events.

Several elements were taken into account by UEFA when making a decision, such as the protection of the health of all those involved in the matches as well as the public at large; a responsibility to provide the safest environment for matches in order to guarantee the progress of competitions; as well as ensuring sporting fairness within a very inconsistent landscape (with some countries allowing and some forbidding stadium attendances).

Consequently, in light of the current situation, the UEFA Executive Committee felt it prudent to conclude that UEFA matches should take place behind closed doors until further notice. This decision was made in agreement with the national associations and authorities of the 2019/20 UEFA Champions League, 2019/20 UEFA Europa League and 2019/20 UEFA Women’s Champions League final eight tournaments’ hosts Portugal, Germany and Spain. This restriction will also apply to the remaining matches in the 2019/20 UEFA Youth League.

In any case and irrespective of any future decision, for reasons of sporting fairness, as the format of the 2020/21 UEFA Champions League and the 2020/21 UEFA Europa League qualification phase has been changed to single leg matches (either home or away), this decision will apply to all such matches played over one leg.

UEFA will monitor the evolution of the situation and advise on any full or partial lifting of restrictions at the appropriate time.

The UEFA Return to Play Protocol which sets out the framework of sanitary and hygiene-related procedures – including in relation to testing – as well as operational protocols that will be applied when staging UEFA competition matches – was approved.

The Protocol may be supplemented in due course with specific operational guidelines covering either aspect of its implementation or specific competitions.

It will be mandatory for all clubs and national associations – as well as their players, officials, staff and contractors – to comply with the Protocol and any related guidelines as a condition for participation in any upcoming UEFA competitions.

As the current situation is dynamic and unpredictable, both in terms of its epidemiology and the nature of the countermeasures imposed by national governments, the Protocol will evolve over time and may be updated as required to reflect the changing public health and regulatory environment.

In accordance with the original planning, Video Assistant Referee (VAR) was to be introduced in the UEFA Europa League as from the 2020/21 season, starting with the group phase.

At the meeting of September 24, 2019, the UEFA Executive Committee, based on a positive feasibility assessment, decided to introduce it already in the 2019/20 UEFA Europa League knock-out phase.

In light of the current uncertainties caused by the epidemiological crisis which may have an impact on operational capabilities and given that additional personnel might be required to run the service which in turn might have an impact on the UEFA Return to Play Protocol, the UEFA Executive Committee decided to postpone the implementation of VAR in the UEFA Europa League group phase to the 2021/22 season.

VAR nevertheless remains confirmed in the knock-out phase of the competition for the 2020/21 season as from the Round of 32 and will continue to assist the referees with the restart of the 2019/20 Round of 16.