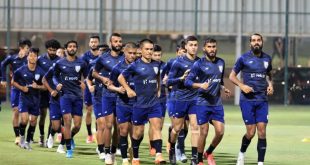 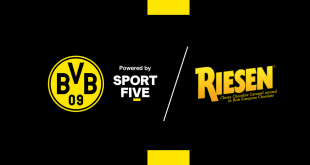 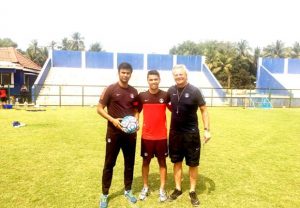 The SAI/AIFF Overseas Scouting Portal created by AIFF Head of Scouting Abhishek Yadav and his team seems to have found a potential players for the India U-17 World Cup suqad in US-based NRI footballer Namit Deshpande.

The SAI/AIFF Overseas Scouting Portal was launched last year with the aim of finding potential Non-Resident Indian youth footballers with Indian passports, who could strengthen the Indian U-17 national team at the 2017 FIFA U-17 World Cup at home.

An open trial had been held last year in Dubai with five boys selected and three of them who had joined the India U-16 team then, but they all did not make the cut.

The scenario of New Jersey based Namit Deshpande was different. He applied through the SAI/AIFF Overseas Scouting Portal like more than 50 other boys with his profile and videos.

Speaking to the Times of India, Abhishek Yadav said, “Just yesterday, I received two (more) profiles but they are from a different age group. Namit was the most impressive of all the players I have seen. He is a central defender and a very good one at that. When he came to Goa, the coach was impressed with his talent and work ethic.”

If Namit and/or anyone else makes the squad, then especially former India striker Abhishek Yadav needs to be credited for pursuing the overseas talent program, which others in India did not really want to have a look at.