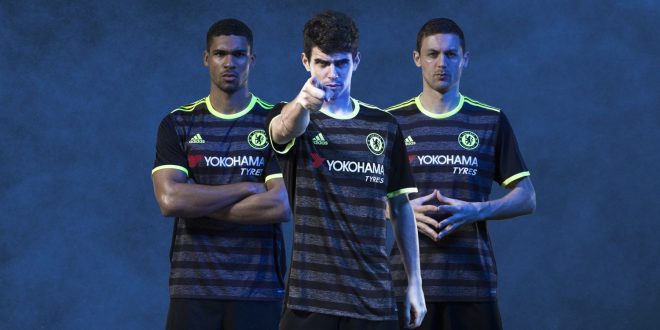 adidas reveal new Chelsea FC away kit for the 2016/17 Season!

English Premier League side Chelsea Football Club and adidas yesterday, July 11 unveiled the new away kit for the 2016/17 season.

Showing the two faces of the club, the new season kits combine the strong traditions of a proud club and its renewed commitment to become the best once more. These two themes are reflected in the kit through a combination of classic, traditional styles and street inspired, fresh, commercial designs.

This colour scheme has been ever present across the 2000s, popular amongst fans and players alike and a key feature of the club’s landmark successes across this decade including winning the UEFA Champions League, Premier League and FA Cup.

The kit will be worn for the first time during the club’s US Tour on Saturday, July 30, when Chelsea take on Real Madrid in Michigan.