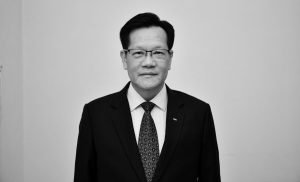 The Asian Football Confederation (AFC) president Shaikh Salman bin Ebrahim Al Khalifa has sent his condolences to the Singapore football family as well as the Football Association of Singapore (FAS) on the passing of its President Lim Kia Tong.

Lim was also a member of the AFC Legal Committee from 2003 to 2006 and its Disciplinary Committee from 2007 to 2011. He had been the AFC Disciplinary and Ethics Committee (DEC) Chairperson since March 2011 until the time of his passing.
The AFC President said: “On behalf of the AFC and the Asian football family, please accept my heartfelt condolences and sympathies on the passing of our dear friend, FAS President Lim Kia Tong.

“Lim dedicated so much of his life, not just to Singapore football but to the Asian and global game. As the AFC DEC Chairperson, he conducted his role with utmost professionalism and integrity and was a strong advocate of good governance.

“The Asian football family has lost a true servant of the game whose contributions and leadership will forever be cherished and remembered,” added Shaikh Salman.

President Lim’s foray into football began in 1992 when he was appointed to the FAS Disciplinary Committee. He then became a council member in April 1999, before being elevated to Vice-President in April 2007. He was elected as the FAS President in 2017.

Subsequently, he was the first Singaporean to assume a leadership role on a FIFA Committee when he was elected its Disciplinary Committee Deputy Chairman in May 2013 for four years.