Arunava Chaudhuri 2021-09-19 Africa Comments Off on Africa’s CAF president Dr Motsepe on Cameroon visit: We are on track! 304 Views 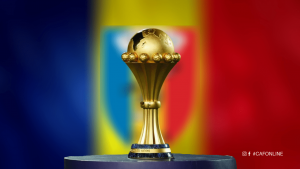 A CAF delegation led by President Dr Patrice Motsepe and General Secretary Veron Mosengo-Omba visited the stadium that will host the opening match and final of next year’s TotalEnergies Africa Cup of Nations, the Olembe Stadium in Yaoundé.

The CAF President and General Secretary were appraised on the progress made at Olembe Stadium and some of the facilities in Yaoundé that will be part of hosting the event in January/February next year.

Dr Motsepe is also the Chairman of the TotalEnergies Africa Cup of Nations CAF Organising Committee.

CAF President said: “I’m very satisfied with the briefing I got and what I saw. I saw the Olembe Stadium and it is world class; we should all be proud as people of Cameroon and as Africans. We must applaud Cameroon building such infrastructure. In partnership with the Government, the Minister of Sport, LOC, FECAFOOT President and CAF administration under Veron (Mosengo-Omba), I’m certain that in January next year, the rest of the world will be impressed. I’m very satisfied with what I have seen. We are on track”

Dr Motsepe continued: “The quality of football that will be played here will once again show the world that Africa has the quality to one day win the FIFA World Cup – that is the ultimate goal. The AFCON is special and I think it is important for us to set the tone in Cameroon.”

Mosengo-Omba also heaped praise on Olembe Stadium: “The infrastructure and architecture of the stadium is world class and can be compared to many other famous stadiums globally. In Cameroon, we have six beautiful match venues. Our job now is to ensure that we are ready with everything else.”