CAF’ Dr Motsepe: African Nations Championship in Algeria will be a great success!

Press Release 2023-01-13 Africa Comments Off on CAF’ Dr Motsepe: African Nations Championship in Algeria will be a great success! 210 Views 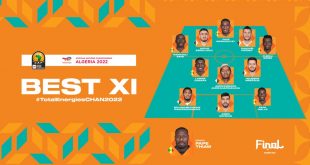 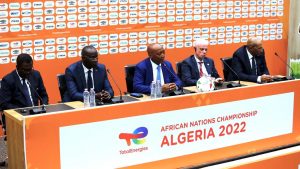 CAF President Dr Patrice Motsepe said the TotalEnergies African Nations Championship (“CHAN”) that will kick-off on Friday night in Algiers will be a great success.

Dr Motsepe attended the inauguration of the Nelson Mandela Stadium located in Baraki that will host the opening game in front of a sold-out audience of 40,000 fans.

Speaking at a press conference in the capital Algiers on Thursday, Motsepe said, “I want to thank the Algerian authorities for honouring the memory of Nelson Mandela who had understood, long before some people, that sport united people.”

Like this great figure of Pan-Africanism, Motsepe also congratulated the African teams that competed at the 2022 FIFA World Cup in Qatar.

“We witnessed breathtaking performances from our representatives at this FIFA World Cup. Tunisia beat France, Cameroon emerged victorious against Brazil, Ghana’s performance in a very difficult group, Senegal’s qualification for the knockout stages and what about Morocco – the first African nation to qualify for the semifinals of this great stage of world football. Africa was truly a source of pride.”

Motsepe was accompanied by the vice presidents of CAF – Augustin Senghor and Seydou Mbombo Njoya, the CAF Secretary General Veron Mosengo-Omba as well as the Algerian Football Federation president Djahid Zefizef at the press conference.

Although Algeria was not present during this World Cup, Motsepe designated the nation of the Desert Foxes as the country of football.

“Look at the number of champions that Algeria has given to football – Rabah Madjer, Riyad Mahrez and also Zizou (Zinédine Zidane) whose parents are Algerian. As soon as you arrive in Algeria, you feel the love that the people have for this game. This guarantees us a great party.”

A popular excitement shared by the CAF president. “It is a unique competition of its kind. African football needs CHAN, which is a real showcase for our local football. Most of our players who shine today in Europe or elsewhere, have a local base. For example, Sadio Mané was trained in Senegal.” 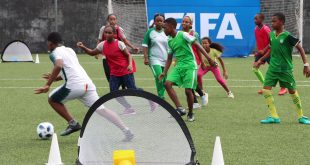