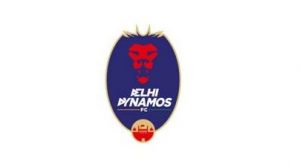 Indian Super League franchise Delhi Dynamos FC have announced that Jacobo Ramallo was joined as assistant coach, while Pau Rovira Crua as goalkeeping coach will both be a part of Josep Gombau’s backroom staff.

Spaniard Jacobo Ramallo, a UEFA Pro Licensed coach, joins the Delhi Dynamos from Australian A-League side Adelaide United where he was assistant coach and Director of Adelaide United’s Football School.

He has also coached at a number of Real Madrid CF Foundation summer camps besides having been Technical Director at Spanish clubs Unión Deportiva Santa Marta and Club Deportivo Navega.

Further Pau Rovira Crua has joined as a goalkeeping coach, who has had stints in Hong Kong, China, and South Korea in that position.

The club is delighted to welcome Jacobo Ramallo as a member of @GombauJosep’s backroom staff for the upcoming @IndSuperLeague season. #TogetherWeCan #RoarWithTheLions pic.twitter.com/8vDzq5epM0