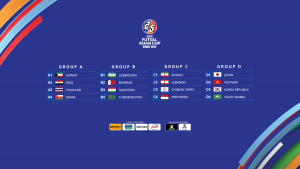 Reigning champions Iran were drawn in Group C of the 2022 AFC Futsal Asian Cup – Kuwait on Thursday, May 26.

The 12-time winners will face Lebanon, Chinese Taipei and Indonesia in the September 27 to October 8, 2022 Finals, to be hosted by Kuwait for the first time.

Kuwait will be making their 12th appearance in the tournament and will aim to impress in front of home support when they face Iraq, 16-time ASEAN champions Thailand and debutants Oman in Group A.

Bahrain will face the Central Asian trio of Uzbekistan, Tajikistan and Turkmenistan in Group C.

Japan, the only other team to lift the continental trophy, were drawn in Group D with Vietnam, South Korea and Saudi Arabia for company.