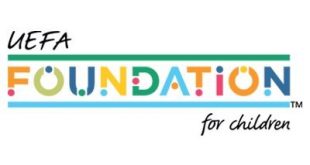 The favoured Austrians suffered a 0-2 loss against minnows Hungary, who scored only their second win in UEFA Euro history after 1964.

Austria had the better start as their midfielder David Alaba banged the ball onto the post after just 31 seconds and in the 10th minute Alaba’s shot was saved by 40 year old new oldest Euro player ever Gabor Kiraly in Hungary’s goal.

Austria controlled the half but chances for Zlatko Junozovic and Martin Harnik were wasted before Hungary captain Balázs Dzsudzsák blasted wide just before the break.

After the break the match was more even as Austria did not know how to break down the Hungarian backline, while Hungary first had a good attempt through Dzsudzsák saved by Robert Almer in the 55th minute, but then in the 62nd minute László Kleinheisler and Ádám Szalai played a double double pass before Szalai pushes the ball in past Almer to give Hungary a surprise lead.

Things got even worse for Austria when their centerback Aleksandar Dragovic was send off by the referee for a second yellow card in the 66th minute.

Hungary now had more of the game, but they wasted a number of chances before substitute Zoltán Stieber in the 87th minute made a perfect chip over Almer to seal a historic 2-0 for Hungary over neighbours Austria.

Favourites Portugal were held to a 1-1 draw by debutants Iceland in an intensive and passionate game in St.Etienne.

The islanders had the first chance of the match through their star Gylfi Sigurdsson, whose shots were twice saved by keeper Rui Patricio before Portugal slowly took control of the game without being really dangerous considering that they had Cristiano Ronaldo in their side.

After the 20th minute mark Portugal’s attack became more structured and it was Nani who gave them the lead in the 31st minute. Portugal now pushed for a second, but Iceland somehow survived the onslaught until the break.

Portugal came out all guns blazing after the break, but suffered a surprise equalised in the 50th minute as a Jóhann Berg Guðmundsson cross was coolly put in by Birkir Bjarnason.

Iceland suddenly believed again that they could get a result against Portugal as they stood deep and looked for counters as Portugal never found their game again though having chances through Nani, Ricardo Quaresma, Pepe and Cristiano Ronaldo.

And this leaving out of the few chances might have cost the Portuguese dearly as substitute Alfreð Finnbogason had the winner on his foot in the 86th minute but Rui Patricio at least saved Portugal the one point.

In the end Iceland and their vocal and cheering fans celebrated a big night of European Championship history.