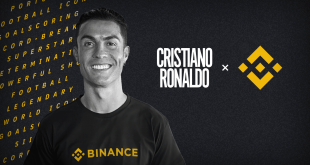 Cristiano Ronaldo & Binance team up for a legendary NFT partnership!

The FIFA Disciplinary Committee has rendered its decision in relation to the potential ineligibility of the player Byron David Castillo Segura with regard to his participation in eight qualifying matches of the national team of the Ecuadorian Football Association (FEF) in the preliminary competition of the FIFA World Cup Qatar 2022™.

After analysing the submissions of all parties concerned and considering all elements brought before it, the FIFA Disciplinary Committee has decided to close the proceedings initiated against the FEF.

The Disciplinary Committee’s findings were notified today to the parties concerned. In accordance with the relevant provisions of the FIFA Disciplinary Code, the parties have ten days in which to request a motivated decision, which, if requested, would subsequently be published on legal.fifa.com. The present decision remains subject to an appeal before the FIFA Appeal Committee.