The African Nations Championship trophy, the star of the show! 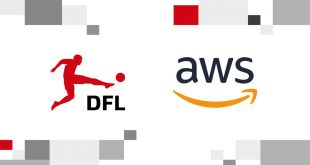 Côte d’Ivoire and Borussia Dortmund forward Sebastien Haller was diagnosed with testicular cancer in July 2022. After announcing the sad news, the 28-year-old forward received many messages of sympathy and encouragement from around the world, including a letter from FIFA president Gianni Infantino, enclosed with a shirt and ball.

“On behalf of both myself and the international football community, I would like to extend my sincere wishes to you for a full and speedy recovery, and hope to see you back to full health very soon,” wrote President Infantino.

Sebastien Haller said, “I’m very well. The treatment is going well and luckily I’m able to train every day,” commented Haller, who said he was moved by the huge amount of support he has had since announcing his illness. “It was a shock but it’s been positive. I never expected to get such a response or have so much compassion shown to me, and not just from the football world. These are things that bring us all together and it’s given me a huge amount of strength in facing up to this challenge.”

“It doesn’t matter whether they’re Ivoirian, Dutch, French, German, English or whatever; everyone who’s given me their support from near or far is a source of energy for my family, friends and I,” added Haller. “All I can say to them is that I’ll be doing everything I can to come back as quickly as possible and to play a decisive role for my club and my country.”

A team-mate of Haller’s at Eintracht Frankfurt between 2017 and 2019, FIFA Director Member Associations Africa Gelson Fernandes added some words of support of his own to President Infantino’s message. “I know Gelson very well but it wasn’t something I was expecting at all,” said Haller. “I just focus on my role as a player and a person, without realising the impact that it has. I’m proud and happy about what they had to say to me. They’ve shown real humanity.”

Haller was informed of his illness at the end of a superb season with Ajax Amsterdam, one he finished as the Eredivisie’s leading scorer with 21 goals to help the club clinch a second successive league title. His move to Borussia Dortmund in early July generated a lot of headlines and expectation among the German club’s fans, who welcomed him with open arms and hope to see him in the yellow and black jersey before too long.

The final draw for the TotalEnergies African Nations Championship, Algeria 2022 will take place in …