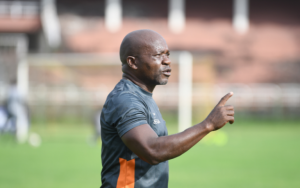 The current double I-League champions Gokulam Kerala FC are currently fourth in the 2022/23 I-League with 15 points after nine matches behind leaders Sreenidi Deccan FC on 19 points, RoundGlass Punjab FC on 18 points and Real Kashmir FC on 16 points, but with everything to play for in the 22 match season.

Therefore the decision by Gokulam Kerala FC to part ways with their head coach does come as somewhat of a surprise.

Richard Towa in a social media post thanked the club management by saying, “I say a big thank you to the president of the club who allowed me to discover this championship and I wish the whole team a lot of success for the rest of the championship and my best wishes for the year 2023.”