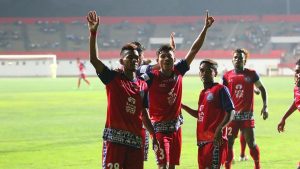 The Jamshedpur FC Reserves are back in action as they face TRAU FC at the Khuman Lampak Main Stadium in Imphal on Thursday, April 26. Hilal Parray’s men currently sit on eight points with two wins, two draws and three losses.

Having drawn back at The Furnace vs TRAU FC, a win could propel the Reserves to third spot on head-to-head in Group C of the Second Division League.

The last encounter vs TRAU saw their keeper receiving marching orders in the third minute itself and an early lead for Jamshedpur FC, which was later cancelled out by the opposition for the match to end 1-1.

The Reserves currently are on eight points off seven matches.