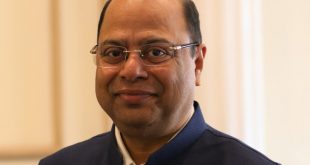 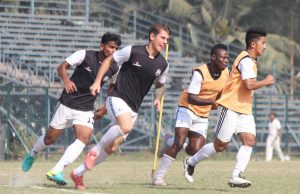 Mohammedan Sporting Club will be aiming for all three points when they face table toppers Southern Samity in an Preliminary Round Group-B fixture of the Second Division League at the Barasat Stadium on Saturday.

Having logged back-to-back wins against NEROCA FC and Hindustan FC in the previous two games, the Black Panthers are currently second with six points from three games and a win over Southern Samity will take them to summit of the table, but Mohammedan Sporting coach Ranjan Chaudhury has warned his team against any complacency and wants them to stay focused on the task at hand.

“The league is very competitive and all the teams are almost equal. Though we have won our last two matches, we need to stay grounded and not lose focus against a strong Southern Samity side,” coach Chaudhury added.

The game will be the third time both sides face off in the season, after meeting in Calcutta Football League where Mohammedan Sporting won 2-1 and in Second Division League where Southern Samity won 2-0. However, coach Chaudhury insists that the defeat his side suffered three weeks ago won’t be a motivating factor facing Southern Samity.

“The team is not motivated by revenge it’s a good team against whom we lost, but that match is in the past and our only focus is on the game at hand,” he continued.

Facing Southern Samity, coach Chaudhury is likely to field the same starting line-up that brought consecutive victories for his side. While experienced midfielder Reisangmei Vashum will be available for selection after missing first three games due to injury.

Southern Samity, on the other hand, come into the game after a 0-1 loss to NEROCA FC in Imphal after winning the first two games at home against Mohammedan Sporting and Hindustan FC.

Going into the game, the Arun Saha-coached side will be banking heavily on the strike pair of Ashim Biswas and Ajay Singh for goals upfront. The duo has scored in the previous match against Mohammedan Sporting and will provide stiff a challenge for the Mohammedan Sporting defence led by skipper Rana Gharami.

Furthermore, the likes of Kalu Ogba, Deepak Mondal, Daniel Bidemi and Sandip Nandy will add depth to the squad.

“Southern Samity have a very good squad with quality Indian and foreign players. But we have worked hard and are ready for this challenge,” coach Chaudhury concluded.

The game at the Barasat Municipal Stadium kicks off at 2pm on Saturday afternoon.