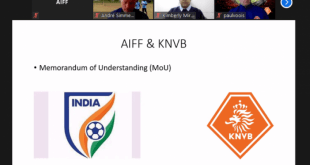 Following the success of this year’s first ever UEFA eEURO, European football’s governing body has announced the competition will return for a second edition, with the final tournament planned to take place next summer in London.

UEFA eEuro 2021 will see participating players compete in the largest national team efootball event – and it will be played exclusively on KONAMI’s eFootball PES 2021 SEASON UPDATE. The competition will feature all 55 of UEFA’s member associations, who in November will start selecting their teams to take part in the qualifiers in early 2021.

The aim for all contestant countries will be to qualify for the final tournament in London from 9–10 July, scheduled just before the final of the real-world UEFA EURO 2020 at Wembley Stadium on July 11.

“The UEFA eEURO has given efootball enthusiasts the chance to dream of representing their country on the biggest stage and all competing teams will be looking to emulate Italy who were victorious earlier this year,” said UEFA Events SA marketing director Guy-Laurent Epstein.

“The inaugural UEFA eEURO was an undoubted success, with over 15 million people having watched competition footage across UEFA’s platforms. We have seen a massive growth in the popularity of efootball over the past few years and eEURO 2021 will continue to give us the opportunity to connect with new and existing fans of national team football.”

Represented by a team of four gamers – AlonsoGrayfox, Naples17x, Nicaldan and Genoa_Npk02 – Italy were consistently impressive during the inaugural virtual final tournament. Beaten just once in qualifying, the Azzurri dispatched Israel in the quarter-finals and France in the last four to set up their showdown with Serbia, whom they defeated with a last-minute goal in the best-of-five final series.

“It was a great emotion,” said AlonsoGrayfox after the May 2020 final. “It was incredible to get to this point and now that we have won it, I cannot express my feelings in words. The decisive game was the one against France in the semi-finals. That victory gave us self-confidence. I’m proud to be Italian, I’m proud to be Sardinian. It’s incredible, I still cannot believe we did it – it’s a dream.”

How will the competition unfold?

As with its successful predecessor, UEFA eEURO 2021 will have a specific team focus. Each participating national association will compete with a national efootball team comprising between two and four players, who will represent their country in the pan-European event.

The format will be similar to the real-life UEFA EURO 2020, entailing a qualification phase and a final tournament, in which the players will face off in London. Between November and December 2020, each association will nominate their team, with participants being chosen through a domestic online or ‘physical’ tournament – unless a national efootball team already exists.

An official draw will then be made to divide the competing countries into groups for the online qualification stage; in this phase, every team will play two matches against the other sides in their group, with the team with the highest overall aggregate score being determined the winner. The winner of each group and the best six runners-up will qualify for the final tournament in London.

“Our teams have pulled out all the stops to secure the biggest and best licences possible for eFootball PES 2021 SEASON UPDATE; quality licences that match the level we set each year when it comes to game play,” said Naoki Morita, President at Konami Digital Entertainment B.V.

“The partnership with UEFA and the EURO 2020 tournament is a big win for our community and new users who look for fresh content throughout the year.”

The winners of eEURO 2021 will receive tickets to the final of UEFA EURO 2020 as well as a cash prize.