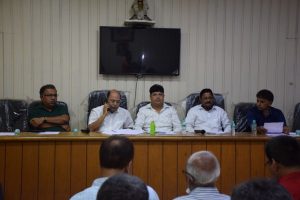 Anirban Dutta has been elected as the new treasurer of the IFA after the position had been vacant following the death of Krishnendu Banerjee.

Meanwhile a total of 14 football clubs were also given approval in today’s IFA meeting to join the Calcutta Football League (CFL) across the first division and down.

Multiple other clubs have been approved, but a final decision will be made after inspecting their infrastructure about in which division they can play.