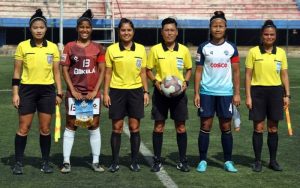 Ravishankar J, Referees Director, All India Football Federation (AIFF), feels Indian women referees have improved significantly of late and in an interview with AIFF TV, the former FIFA referee expressed that the benchmark has been set for female referees to undergo the fitness tests for male referees and conduct I-League matches in the near future.

“Our target for the women referees is to make them capable to undergo the men’s fitness tests and to be able to officiate I-League matches. They will also have to take the challenge head-on because it’ll be more challenging physically as well as psychologically. I am confident that they have the quality to match our expectations,” he stated.

While Uvena is on the list since 2014, Riiohlang Dhar and Ranjita Devi were first enlisted in 2018. Kanika Barman, having been added to the elite list in 2020, is the latest entrant.

Ravishankar made a special mention of the Indian Women’s League (IWL) while discussing the development of the women referees and said that they have been performing ‘exceptionally well’.

“Our women referees have done exceptionally well. Ranjita is rated as one of the top women match officials in Asia. With the IWL coming in, they are getting more chances,” he said. “About (Kanika) Barman, I am sure she would be able to do a better job and comparatively, she would come out faster.”

“We are hopeful the trio will also get an opportunity to prove their worth in the U-17 Women’s World Cup in India next year. It is our aspiration and it will be a really proud moment for us. We can proudly say Indian Football has come forward together along with #ShePower,” he said. 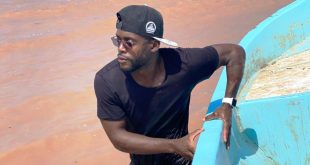