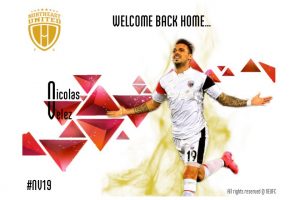 Nicolas Velez started his career with Argentinian giants River Plate youth academy, but never played for their first team and left for rivals CA Huracán. Even there he didn’t make the cut and left for Spain to play for lower league club Atlético Sanluqueño CF in 2013.

But he made his real breakthrough in Singapore’s S-League side Warriors FC, where he scored 29 goals in 38 league matches in over a season. After a successful ISL campaign he left in early 2016 for Croatia to join Hajduk Split, but he didn’t play too much, so he now returns to India to his former club NorthEast United FC.