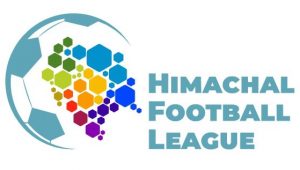 Sports activities which have been closed for the last eight months due to the Coronavirus pandemic will be restored with the kick-off of the HPFA’s Himachal Football League on Wednesday, November 25.

This will be the first major tournament to be held in the state of Himachal Pradesh after the lockdown.

The Himachal Pradesh Football Association’s media coordinator Satyadev Sharma Sahod informed that the tournament, which will be played without audiences, will be inaugurated by a match between Paonta United FC and Sai Kangra FC. He informed that all the matches of the tournament will be played at the Khad Football Stadium in Haroli Assembly constituency of District Una.

Under the first phase, 21 matches will be played in 10 days, which will run till December 4. Sharma said that the special feature of the tournament is that each team can include four foreign players in its 21 players roaster. In this, one player can be from Asian and three from the rest of the world. The winner and runner-up teams of the first phase of the tournament will be given entry in the second phase. Satyadev Sharma said that at the inauguration of the tournament, the Vice President of Himachal Pradesh State Industries Development Corporation Prof. Ram Kumar will be a special guest.