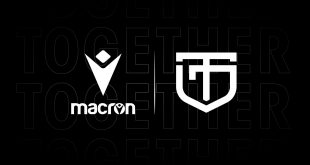 Leeds United have announced the signing of Max Wober from Austrian side Red Bull Salzburg for an undisclosed fee, subject to a work permit.

The 24-year-old becomes the club’s first signing of the January transfer window and he has penned a four-and-a-half year deal at Elland Road, running until the summer of 2027.

An Austrian international with 13 caps to his name, Wober can operate at both left-back and centre-back.

Coming through the ranks with Rapid Vienna, he went onto make 24 appearances for the club in the Austrian Bundesliga, Austrian Cup and UEFA Europa League, before being snapped up by Dutch giants Ajax Amsterdam in August 2017 and was handed his international debut later that year.

He made 16 outings for the Amsterdam outfit during the 2018/19 campaign in which they won the league and cup double, before being snapped up by Spanish side FC Sevilla in January 2019 on loan, with a compulsory buyout at the end of the season.

Max Wober’s stint at FC Sevilla was ended after eight months though, when Jesse Marsch, head coach of Red Bull Salzburg made him the Austrian Bundesliga’s most expensive signing ever in August 2019.

During the past three-and-a-half years at the Red Bull Arena, Wober has won the Austrian League and Cup double three times in a row.

Overall at Salzburg, he made 125 appearances, scoring nine goals, including one in last year’s Austrian Cup final victory against SV Ried.

He now links up once again with head coach Jesse Marsch at Leeds, along with his former Red Bull Salzburg teammates Brenden Aaronson and Rasmus Kristensen.

Wober will wear the number 39 shirt during his time at Leeds and could feature for the first time in Sunday’s FA Cup third round tie at Cardiff City.