DFL decides to postpone Matchday 26 for the Bundesliga & Bundesliga 2!

Press Release 2020-03-13 Bundesliga Comments Off on DFL decides to postpone Matchday 26 for the Bundesliga & Bundesliga 2! 157 Views 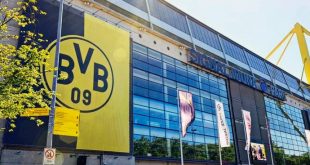 Following today’s developments in relation to new corona infections and the corresponding suspicious cases in direct connection with the Bundesliga and the Bundesliga 2, the Executive Committee of the DFL Deutsche Fußball Liga has decided at short notice to postpone Matchday 26 of both leagues. In addition, as planned, the committee will recommend to the Ordinary Assembly of the professional clubs, which meets on Monday, that match operations be suspended until April 2, i.e. including the international break.

This decision was driven by the fact that in the course of the day there were suspected infections with the coronavirus surrounding several clubs and their teams and further infections cannot be ruled out. Previously in Bundesliga 2, not only the Hannover 96 team, but also the entire team of 1.FC Nürnberg were placed in quarantine by the local health authorities.

In the international break, it is intended that all clubs decide on the next steps, taking into account the knowledge available at that point, also with regard to the international match calendar for example. The aim is still to complete the season by the summer – from a sporting perspective, but also in particular because, for some clubs, ending the season prematurely could have consequences which threaten their existence.

FC Bayern Munich and Hansi Flick are extending their cooperation. As a result of positive …