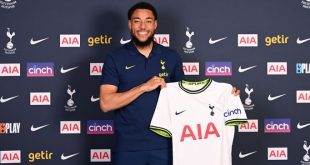 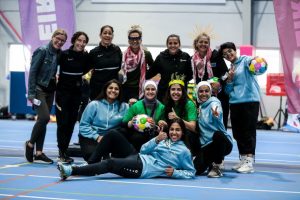 A Memorandum of Understanding (MoU) has been established between LaLiga and EIR Soccer, a Danish Non-Governmental Organisation (NGO) that is committed to raising awareness of gender equality in football, to helping women live a full life in football and to encouraging access to all in football.

Given that LaLiga is always keen to engage in partnerships and knowledge sharing with organisations that share the competition’s values, this MoU made sense for both parties. Since then, LaLiga has already offered specific support to EIR Soccer by providing consultancy services for the staging of a tournament in Jordan.

This tournament is called the Global Goals League and is “open to all women who want to make a difference in their community, feel the power of being a team and expand the scope of what sport can do”.

When EIR Soccer started work on this tournament, the NGO sought LaLiga’s expertise in consultancy support and services, as well as, providing recommendations which the NGO then used as they themselves implemented the tournament, in partnership with social enterprise Rise for Good.

As well as the consultancy support, LaLiga also helped to promote the Global Goals League through ambassador participation in a streaming event in September, plus the fact that LaLiga Ambassador Aintzane Encinas joined the tournament final in Jordan on November 25.

LaLiga Ambassador, Aintzane Ecinas commented: “The training with the women´s coaches was great, they are the change for the next generations and the fact that they can have a training will bring a lot of value in order to grow in equality”

The main aim of this MoU is to promote the sustainable growth of women’s football and the role of women in the sports industry in Jordan. The collaboration to launch the league in Jordan is a first step, although there is scope for future collaborations with EIR Soccer as they continue to carry out important work around the world.

LaLiga is delighted to have a likeminded partner as it continues to push for the development of women’s football around the world, particularly in the Middle East and North Africa (MENA) region. Back in 2013, LaLiga became the first overseas league to open a physical office space in the MENA region and currently has delegates in seven MENA countries as part of the LaLiga Global Network. By continuing to collaborate on various programmes and activities, LaLiga and its brand can keep growing in this market.

This MoU is one of many that LaLiga is currently participating in around the world, given that the competition has long been an advocate of knowledge sharing between football’s different stakeholders. This has seen LaLiga strike collaboration agreements with governmental bodies, football leagues, football federations and NGOs, such as EIR Soccer.